I changed the distributor cap and rotor on my car today, probably the cheapest repair I could attempt to try to get rid of the starting problems it’s been having.

The problems have mostly been apparent in rain or otherwise damp weather, but once I also experienced it after the car had been driven for a while, parked in a carpark, and had been in the sun for a couple of hours. The starter engine would turn, but nothing would happen for a while – then after some turns the engine would start coughing, as if one or a few cylinders would fire, and then it would slowly start being able to keep itself going – for the first few seconds still coughing a lot.

I expected this to be due to an old power distributor, and indeed it didn’t look too nice inside when I got it off. It wasn’t as bad as I thought it would be, but the car has been fine the 3 times I’ve started it since… not a very good statistical basis, since it hasn’t rained, but it’s nice to know that it hasn’t ruined the engine. The car felt a bit faster afterwards – but I’m sure that’s just the rush of pride of mending my own car doing that 😉

Not that anyone probably noticed, but my blog was down for half a day or so, due to the server I’m running it on having gotten a new address from DHCP. Not really something I’d expected would ever happen, but it’s a quick fix, and I just needed to wait for the DNS to propagate.

I’m slowly progressing with learning to play the piano. Latest to get assimilated is “Love me tender”, though I’ve jumped a few songs on the way there. Rhythm is still a bit of a problem, but I’m getting better at it.

In more cooking news, I made myself a Wienerschnitzel with pan fried potatoes for dinner. Yummy.

I made raspberry & chocolate chip muffins yesterday. They are quite okay.

I got myself a couple of books to learn to play the piano, namely the first two of “The Complete Piano Player”, giving me quite enough to do for a while. (I’ve yet to master the first three songs in it – I have attacked them vigorously, and I can hit the notes fairly well, but my rhythm counting isn’t very good.)

Once I get the rhythm down, I’m fairly sure I’ll be quite good. I am already having good success reading the music, which isn’t really very hard.

Managed, with help from a couple of friends, to get the piano up here. More later, once I am at concert level. 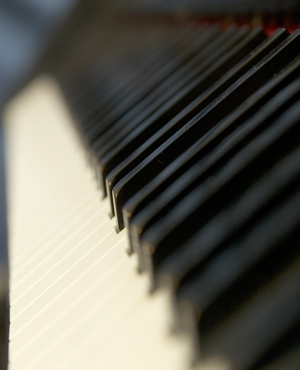 I managed to find one. An electric piano for almost no money. 2.000 kr., or about Â£175. It’s a Roland KR-3000, and since google is unable to find me a suitable link for that name, I shall have to post a bit about the specs here, for the world to see.

This very last part, the weight, is really the reason why this post doesn’t include a picture. I haven’t actually managed to haul it up here yet. I am waiting for a few people to wake up and give me a helping hand, but alas, it is Sunday and people are sleeping.

It does have a lot of other features, but those aren’t really of interest to me yet – I just want it to function as a piano.

I’ve had a bit of problems with my car – not big ones, but just a bit of starting trouble. At first, it was a few occasions of the engine not wanting to start when the weather was wet, but now it’s had some problems as well in hot weather. Suggestions were made to check vacuum lines, and vacuum lines were checked, and seem to be fine. Next step will be to replace the power distributor, which is hopefully the source of the problem.

I came across a great tutorial for game programming for J2ME mobile phones, at a friends site. I think I shall be giving this a whirl, trying out to create a little game or two for my phone. But really, what I want to do is some good Symbian-interface programming, which in my experience is a lot better for Symbian phones.